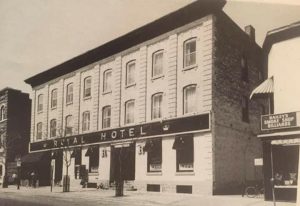 Picton, located in Prince Edward County is one of Ontario’s most popular vacation destinations.  Known for camping at Sandbanks, amazing wineries, craft beer brewers, and upscale lodging.  The Royal Hotel, first opened its doors in 1879 and was considered the jewel of the county.  Over the years, the hotel was left vacant. 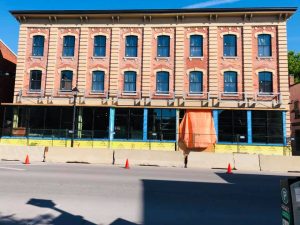 In 2013, Greg Sorbara purchased the hotel which was badly neglected. The roof collapsed and was left open to the elements, the interior filled with mold, unstable floors and crumbling ceilings. Instead of running away from the challenge, Mr. Sorbara saw the potential to restore this historical hotel into a boutique hotel.  Once completed, The Royal will have 28 rooms, a spa, restaurant and lounge. The face of the building has retained its original look, the back and side of the building was designed with slate siding and North Country Slate’s Gray  specified. 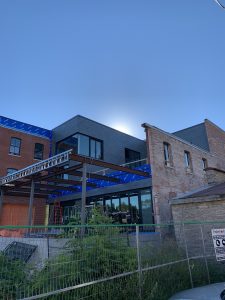 As a roofing slate product for hundreds of years, natural slate tiles have gradually seen an increase as a unique siding option for buildings.  Architects familiar with slate know they can rely on the numerous benefits of using a natural slate tile which are long lasting, environmentally safe, reduces energy consumption by preventing heat gain or loss and available in a wide range of colors. 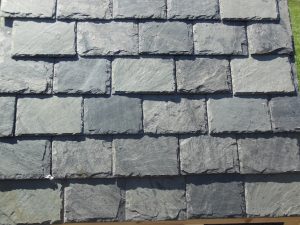 North Country’s Gray is a premium quality roofing slate with varying shades of gray to black and meets the ASTM standards as an S-1 rated roofing slate. 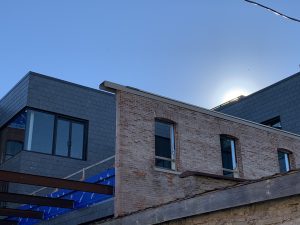 For more information on the various color options of slate siding, please contact our office.