Located in Columbus, Indiana, the North Christian Church was one of the last buildings designed by famous Finnish architect, Eero Saarinen.

Saarinen wanted to create a modern, contemporary church but also felt it was important to keep the interior design as a traditional place of worship. His final design was an impressive hexagonal building with a 192 foot central metal spire.

The first worship was held in the church on March 9, 1964 and on May 16, 2000 was designated a National Historic Landmark of Indiana. 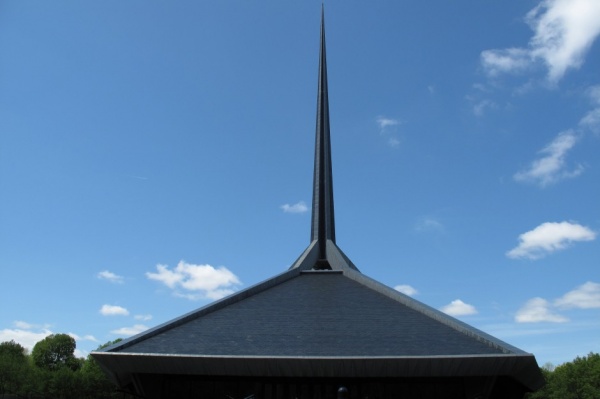