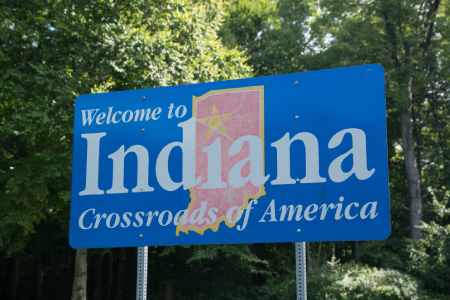 North Country Slate has been supplying slate roofing material in the State of Indiana since 1990, is an exclusive North American distributor for North Country Unfading Black (Canadian Black) since 1997. When it comes to the roof of your home, nothing matches the exceptional appearance of a beautiful slate roof. North Country Slate has built a strong reputation for reliability, and our extensive list of astute clients stands as a testament to our attention to detail. North Country roofing slate can serve your residence effectively for a century and beyond. It requires very little maintenance, and because it is so durable, it is resistant to chemical pollutants and acid rain. Natural slate is non-combustible and fireproof. It withstands freeze/thaw cycles and ice and snow are no threat to its integrity. It is also the most environmentally friendly roofing material available today. North Country offers premium quality roofing slates drawn from select North American quarries. All of our slates meet or exceed ASTM requirements of an S-1 rated roofing slate Our natural roofing slates have earned the respect of architects, building owners and restoration professionals. Color options include Black, Gray, Green, Purple, Mottled Purple and Red with unfading and semi-weathering characteristics. We have supplied our natural roofing slates to heritage and custom homes in Leesburg, Logansport, Evansville and Indianapolis. The Leesburg historic district was developed between 1865 and 1936, where homes include examples of Italianate, Late Victorian style architecture. Logansport homes are examples of Queen Anne and Colonial Revival style residential architecture. While Evansville historic district homes are examples of Italianate, Queen Anne, Romanesque and Beaux-Arts style architecture. The historic neighborhoods of Indianapolis include; Central Court, Chatham Arch, Golden Hill, Herron-Morton Place, Lockerbie Square, Old Northside, Old Southside and Oliver Johnson’s Woods. Chatham Arch, east of downtown Indianapolis is one of the oldest neighborhoods. Developed between 1836 and 1930 the homes are examples of Italianate, Gothic Revival and Queen Anne style. Golden Hill’s historic affluent neighborhood is known for its collection of estate homes which were designed by the city’s prominent architects. The homes in Washington Park historic district are examples of late 19th and 20th century revivals (Italian Villa, Georgian, French Chateau, Spanish, Colonial, French Renaissance and Tudor). Tudor Revival style homes gained prominence in the United States in the late 19th century. Tudor style architecture is not only found on residential, but can also be seen on religious and educational structures. Some Tudor details include; brick exterior, steeply pitched gabled slate roof, arched entrances, simple bay window, dormer windows and large brick chimney. Multi-colored slate roofs are very popular in Indianapolis. Some sample color options and installations include:

Our North Country Unfading Green slate is one of the most popular roofing slate colors. It can be used alone or in a multicolored roof or pattern detail. We supplied 20” x 12” x ¼” Unfading Green slate for the Montgomery County Courthouse in Crawfordsville. The Basilica of the Sacred Heart at the University of Notre Dame in South Bend was built in 1871. The church is a classic example of Gothic Revival architectural style. Our Non-fading Canadian Black slate, 18” x 10” x ¼”was installed for this roof restoration. The St. Lawrence Catholic Church in Munchie, built in 1893 was renovated in 2000-2001. The original slate roof was over 100 years old when it needed to be replaced. The church’s wood beams were strengthened in the attic to prepare for the slate roof. North Country Unfading Black slate, 20” x 10” x ¼” was selected for this re-roofing project. Located in Columbus, Indiana, the North Christian Church was one of the last buildings designed by famous Finnish architect, Eero Saarinen. Saarinen wanted to create a modern, contemporary church but also felt it was important to keep the interior design as a traditional place of worship. His final design was an impressive hexagonal building with a 192 foot central metal spire. The first worship was held in the church on March 9, 1964 and on May 16, 2000 it was designated a National Historic Landmark of Indiana. In 2008, we supplied 220 squares of our North Country Unfading Black roofing slate. At North Country Slate, we’re always ready with the best design and technical advice, to ensure that your new slate roof rises to your expectations. For more information, contact us at Toll Free 1-416-724-4666 or info@ncslate.com Indiana Regions Northern Indiana – South Bend Central Indiana – Indianapolis Southern Indiana – Evansville, Bloomington