Built in 1891 for Archibald Dingman at a cost of $25,000, the building then known as Dingman Hall, opened its doors in 1893 as a gathering place for local politicians, sports clubs, music lovers and local organizations. At the time, Archibald W Dingman, was a principal at Pugsley, Dingman& Co a Toronto based soap manufacturer. He later went on to make his money with Scarboro Electric Railway and oil in Alberta. Mr. Dingman, hired architect Robert Ogilvie, to design the grand building which is a classic example of Richardsonia Romanesque style, with red brick, gargoyles, pyramidal roof, decorative terra cotta panels, arched windows and tower. The location of the four-storey building at Broadway and Queen was right in the path of the expanding Toronto to the east. At the time it was the tallest on the east side of the Don River. 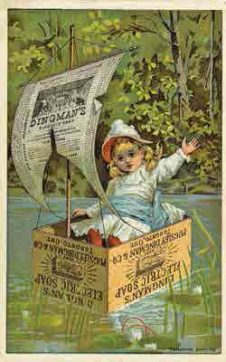 Over the years the building was sold several times and home to different businesses. The original Dingman Hall tenants were doctors, lawyers and the Canadian Bank of Commerce. In 1907, Thomas J Edwards bought the building and transformed it into the Broadview Hotel and rented rooms out for $1.50 per night. In the 1930’s, it was known as the Lincoln Hotel. In the 1940’s it returned to The Broadview Hotel and by the 1980’s was home to Jilly’s strip club. In 1986 the building was purchased by Harold Kamin, best known as the owner of Bargain Harold’s. He purchased the property for just under two million dollars. 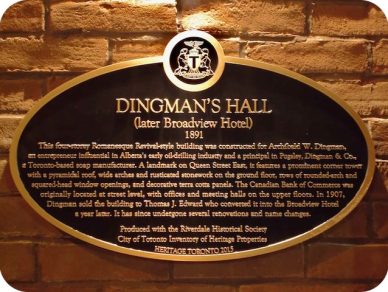 In May 2014, Streetcar Developments purchased the hotel with a plan to redevelop it into a hotel and meeting place for the Riverside neighbourhood locals to enjoy. At the time of purchase, the hotel was a long term rooming house with many boarders living on social assistance. With the help of the City of Toronto, Wood Green Community Services and Streetcar Development, care was taken to rehouse the tenants. Together, they helped cover moving costs and first and last month’s rent for these tenants. 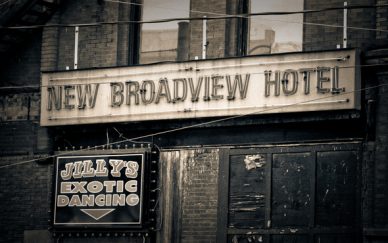 Toronto ERA Architects was hired for the design of the restoration / renovation which sought to preserve the integrity of the original building as well as an addition to accommodate more people. Exterior renovations began in late 2016.

Scheduled to officially open as a 58 room boutique hotel in June 2017, the ground floor will have a café serving breakfast, coffee and sandwiches and at night it will turn into a cocktail bar. A 4000 square foot (Lincoln Hall) will be available for weddings and corporate events. The new addition, rooftop glass restaurant will offer spectacular views of the Toronto skyline along with a rooftop outdoor patio. Some of the interior design is a subtle tribute to the hotel’s history with boudoir-inspired décor. The tower, left untouched, maintaining its charm and character, features exposed wood and brick and will be available for smaller private events. 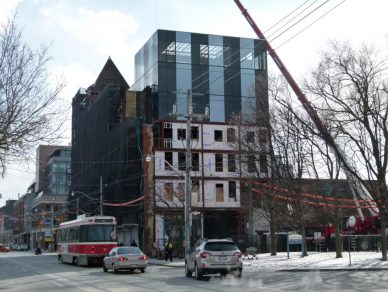 The architects involved in the restoration were awarded the 2016 Lieutenant Governor’s Ontario Heritage Award for Excellence in Conservation. This prestigious award recognizes contributions to heritage conservation, cultural and natural heritage, environmental sustainability and biodiversity. 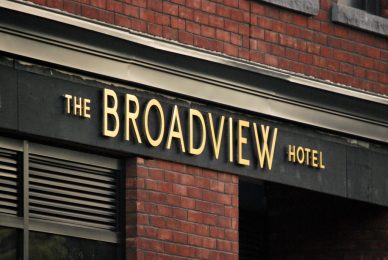 Our company was involved in supplying the roofing slate for the tower. We supplied 10.5 squares of our North Country Unfading Black (18” x 10” x ¼”). 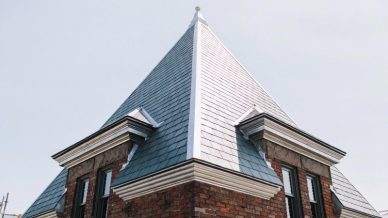