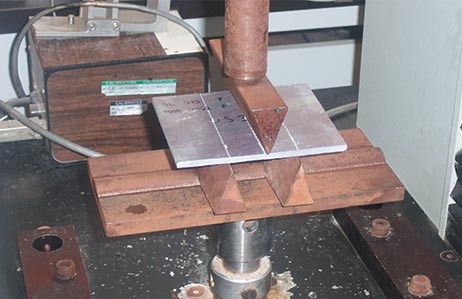 North Country Slate warranties all of their roofing slate products for a period of 75 years. This confidence in our product’s longevity is not based on accelerated weathering tests in laboratories or best estimates of how long a material might last on a roof top based on other applications it has been used under. It is based on the proven performance, over the last thousand years, of similar slate that North Country Slate sells today, our strict compliance to ASTM International’s ASTM C406 Standard Specification for Roofing Slate, and the irrefutable research done by Dr. Daniel William Kessler for the U.S. Bureau of Commerce to quantify the minimum expected service life of S-1 rated roofing slate.

Proven Performance: It is unquestionable that natural roofing slate has been employed as a roof covering for well over a thousand years under some of the world’s harshest climatic conditions. Some of these roofs are hundreds of years old and still giving good service.

ASTM C406: North Country Slate’s products meet the requirements of an S-1 rated roofing slate under ASTM C406 Standard Specification for Roofing Slate. This specification sets standards for the physical properties of slate including, water absorption, weather resistance and breaking load; as well as tolerances for planarity, squareness and dimensions to name a few. The specification is overseen by ASTM Committee C18.

Dr. Daniel William Kessler: Dr. Kessler’s exhausting research and active involvement in Committee C18 from 1926 to 1952 established the minimum expected service life of natural roofing slate and categorized them under ASTM C406 as S-1 minimum 75 years, S-2 40-75 years and S-3 20-40 years. These minimum service lives for the three categories have withstood the test of time for decades and are accepted by the roofing industry as the definitive ratings for service life. As noted above, North Country Slate products meet the requirements of the most highly rated S-1 roofing slate.

Slight variations in color occurring in North Country Slate’s natural products are considered acceptable over the normal aging period of the slate and are therefore excluded from this limited warranty.

For further information, please contact our office or your technical sales representative to request a copy of our warranty.

ASTM International (ASTM), formerly American Society for Testing and Materials, based in West Conshohocken, Pennsylvania, is a not-for-profit, volunteer based, world-recognized organization that establishes and monitors material test methods, specifications, terminology and practices to create standards in an enormous number of areas and industries. ASTM Committee C18 Dimension Stone is the committee responsible for standards related to natural slate roofing and these standards, which North Country must exceed, are the foundations on which our products and your projects are built in North America. Recognizing the importance of these standards to the slate roofing industry, North Country Slate’s president has been an active member of the ASTM C18 committee since 1999, sitting on the C18.01 Test Methods, C18.03 Material Specifications sub-committees and as a member of the ASTM C18.03-04 Slate Task Force.

As a committee, ASTM C18 is responsible for ASTM C406 Standard Specification for Roofing Slate which is the benchmark for our North Country Slate products. ASTM C406, among other requirements, consists of three separate tests that are used to determine the physical properties of the slate shingles that North Country Slate distributes to the roofing industry, and subsequently applies an expected service life for that material.

The three tests required under ASTM C406 are C121 Water Absorption of Slate, C217 Weather Resistance of Slate, and C120 Flexure Testing of Structural and Roofing Slate. Based on the results of these tests, roofing slate is graded as S-1 (over 75 years), S-2 (40 to 75 years), or S-3 (20 to 40 years). North Country Slate products meet the requirements of an S-1 rated roofing slate. Our company does not distribute lower quality S-2 or S-3 roofing slates to the market.

The C121 Water Absorption test generally consists of drying specimens in an oven to remove any moisture present and weighing the dried specimen. The specimen is then submerged in water for 48 hours and then removed, wiped dry and weighed again. The gain in weight is reported as a percentage gain from the initial weight and must be 0.25% or less to meet the requirements of an S-1 rated slate. The test method requires that not less than six specimens be tested in this manner and the average reported as the absorption %.

The C120 Flexure test generally consists of drying specimens in an oven to remove any moisture present and then marking span lines and center lines on them so they can be positioned correctly into the test stand. The thickness of the specimen is measured along the center line and the specimen is positioned in the stand so that the span lines are directly over the support blocks and the loading block is directly over the center line. The load is then applied at the center line until the specimen breaks and the breaking load recorded from the read out on the test apparatus. The breaking load is reported in pounds force and must be 575 lbf or greater to meet the requirements of an S-1 rated slate. The test method requires that not less than ten specimens be tested in this manner and the average reported as the breaking load in pounds force. It is important to note that the C120 flexure test results are specific to the average thickness of the specimens tested or greater only.

Above and beyond the three specific tests above, ASTM C406 also calls out allowable tolerances for broken corners, curvature, knots and knurls, breakage, face dimensions and squareness.

Contact our office or your technical sales representative for any questions you might have regarding ASTM International, ASTM C406 and North Country Slate products.