North Country Slate recently supplied our unfading black roofing slate for the Alderson Train Depot restoration project. Originally built in one week by the Chesapeake & Ohio Railway (C & O) in 1896, it is very similar to the other C & O depots built between 1890 to 1914. 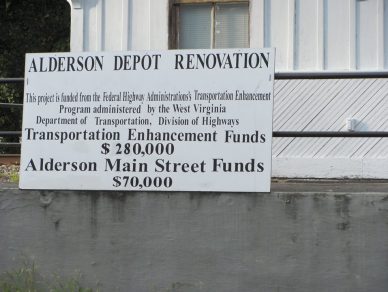 Founded by Baptist Frontier Missionary, John Alderson in the late 18th Century, the area was once a booming railroad town for both freight and passengers. 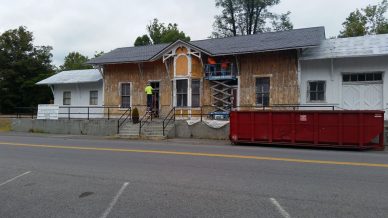 Many of the historic buildings in Alderson are Federal, Greek revival and Queen Anne architecture. The Alderson Historic District was listed on the National Register of Historic Places on November 12, 1993. The Alderson Train Depot is a traditional one story wood frame building with gable ends. 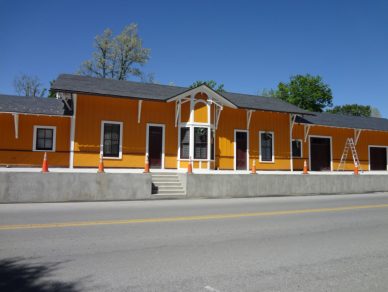 Amtrak started servicing the Alderson Depot in 1976. Today, it is a request stop train station due to its low ridership. The station was closed between 2001 and 2004 as it underwent minor renovations such as painting the exterior from white to orange which was the original C & O color.  The current restoration was made possible by local citizens who raised funds for the exterior repairs. 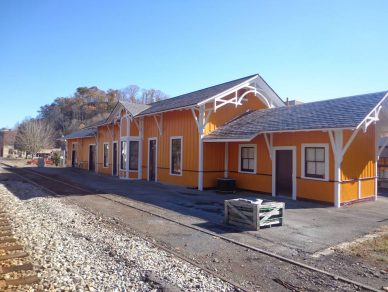 In September 2016, we supplied 19 squares of our North Country Unfading Black (18” x 9” x medium texture). Medium textured slates are produced as “fall out” from production of smooth textured slates and exhibit a range in thickness (1/4” +/-), surface texture and planarity, providing more definition in the appearance of the roof.  The roofing contractor installed the slate with a standard 3 “ Headlap, using 1 ½” smooth shank copper nails, 16 oz copper flashing and 30 pound felt underlayment.