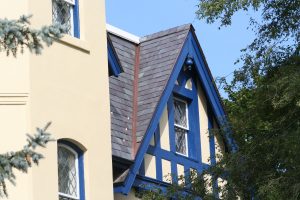 When it came time to replace Ottawa’s Le Cordon Bleu roof, it was a no brainer that the best cooking school in the world should have the best roofing product available on the market…..natural slate!  In May 2018, we supplied 34 squares of our North Country Unfading Mottled Purple and Green slate for the reroof.

A little history lesson, in 1578 King Henry III of France established the Order of the Holy Spirit which was made up of the most prestigious group of knights referred to as “Cordon Bleus” because of their blue ribbons and high standards for fined dining. 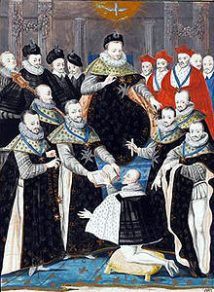 Ottawa’s Le Cordon Bleu, the only campus in Canada, has carried on the 120 year old tradition of training chefs French cuisine.  Situated in the old Munross Mansion which was built in 1874 by Scottish lumberman, James Mather who was one of the first board members of the CN Railway.  From 1921 the mansion served a variety of functions; John Ambrose O’Brien family residence, during the Second World War was a Department of National Defence residence for Women’s Royal Canadian Navy Service and a University of Ottawa student residence.  In 1957, a group of University of Ottawa alumni purchased the mansion and made it a high end private dining club.  In 1999, the President of Le Cordon Bleu was impressed with the gastronomy history of the mansion and made it home of Ottawa’s Le Cordon Bleu. 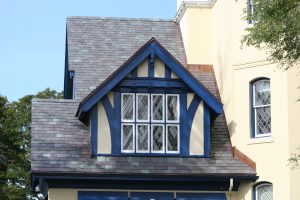 North Country’s Unfading Mottled Purple and Green was selected for the reroof of the Munross Mansion as the slate produces a dramatic roof created by the subtle variations of the two contrasting colors present in each piece of slate. Produced in Vermont, this slate is easily recognized, featuring varying shades of purple with cloud-like shades of green appearing randomly here and there. 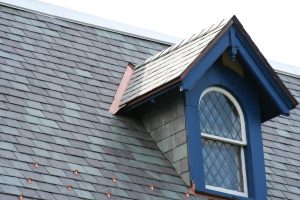 The field slates for the Le Cordon Bleu reroof were 18” in length by random widths (9”, 10”, 11” and 12”) and installed with a 3” headlap and 7.5” exposure. Experienced slate roofers find random width slate roofs the fastest and easiest to install.

Known for its cold, snowy winters, the slaters installed copper snowguards above the entrance way to protect pedestrians from snow avalanching off the roof.

Located at 453 Laurier Ave East, this slate roof will last over 100 years!