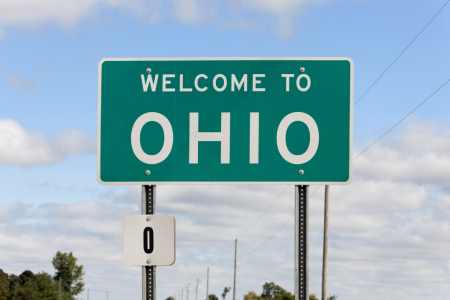 When it comes to selecting a roofing material that will protect your house for years, consider a natural slate roof. Serving the State of Ohio since the early 1990’s, our professional staff at North Country Slate will work closely with your architect, home builder and roofing contractor, bringing a wealth of experience and technical knowledge to your project. All of our natural slate roof products meet or exceed the requirements of an ASTM S-1 rated slate. North Country Slate’s roofing products, when installed with non-corroding nails, will provide a service life in excess of 100 years. As is the case in most cities and towns, the architectural history of Ohio is diverse, rich and a reflection of the various cultures of people that migrated to the state. Gothic Revival style homes, churches and public buildings were built between 1835 and 1870. Romanesque Revival, is a Northern Italian and German-style architecture, popular amongst churches and public buildings. During Ohio’s greatest growth period and building boom around 1870, the Italianate style was introduced. Inspired by Napoleon III who developed the Second Empire style in France during the 1850s to maximize space it was later introduced in Ohio. One of the key features of Second Empire buildings is they often have a detailed mansard slate roof. Between 1880-1905, Ohio architecture was Queen Anne style with wrap around porches, rounded towers, bay windows and gable roofs. In the first half of the 20th century, the Jacobethan Revival was popular among Ohio’s elite. Post-World War II, the Ranch style home gained popularity. Some famous architectural buildings in Ohio include, The Rock and Roll Hall of Fame Museum, Key Tower, Cleveland’s Municipal Stadium, Ohio Stadium, Truman Bagby House, Brumback Library, Urbana Bailey Hall at Urbana University, Orville Wright’s home in Dayton, Stan Hywet Hall, Westcott House, Cincinnati’s Union Terminal and Cleveland Arcade. We supplied our North Country Unfading Black premium quality roofing slate for several historic and custom homes in Springfield, Granville, New Albany and Mansfield. Also known as Canadian Black, this slate is an elegant and long lasting product for new construction and restoration projects. A smooth, rich black slate that has earned the admiration of architects, contractors and building owners around the world and is produced by a single quarry in Quebec, Canada. In St. Clairesville, our Semi-Weathering Gray/Green roofing slate was selected for the Ohio University’s Eastern Campus’ Great Western School restoration. This slate also known as Sea Green is produced in Vermont. A percentage of these slates will weather to tones of brown and buff over time. These slates are frequently used as the base color in multi-colored slate roofs. In Springfield, we supplied our North Country Unfading Black medium textured slates for the The Clark County Heritage Center re-roof. Our medium textured slates offer designers and building owners a high quality, durable and beautiful natural slate roof at an economical price. Some important facts when considering a slate roof are: