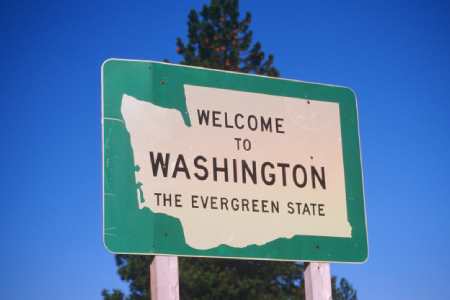 Our genuine slate products have been used by Washington’s slate roofing contractors on both new and restoration projects since the early nineties. From historic state projects to custom homes and government landmarks, North Country Slate is your slate roof tile specialist.

Fort Worden, located in Port Townsend in Jefferson County, is listed on the National Historic Landmarks in Washington. North Country Unfading Black was specified as the approved roofing slate to re-roof a number of buildings at this historic state park. An active US Army base from 1902 to 1953, Fort Worden, Fort Flagler, and Fort Casey were all strategically situated to protect Puget Sound. Major cities surrounding this waterway include Seattle, Tacoma, Olympia, and Everett.

Fort Flagler State Park Hospital is located on the north end of Marrowstone Island, on the scenic Olympic Peninsula just 2 hours northwest of Seattle. The hospital went through an extensive renovation that includes a new North Country Black slate roof. The hospital Stewards House was built in 1905, and acts as one of Fort Flagler State Park’s 4 historic houses available for vacation rental.

Spokane is Washington’s second largest city with a vibrant downtown, surrounded by breathtaking natural landscapes living up to its motto, “Near Nature, Near Perfect.”

The Spokane County Courthouse is one of the more prominent features in the downtown skyline. Built in 1894, the building resembles French Renaissance architecture which is very unique to the Pacific Northwest region. In the fall of 2006, a complex renovation to the tower included: structural repair and re-pointing of the brickwork, structural repair to the tower roof, complete new slate roof on the tower, structural repair to tower decks and deck covers, restoration and repair of decorative terra cotta, and replacement of the flag pole.

The original slate roof shingles on the tower were over 100 years old and had reached their slate roof life expectancy. The goal was to make sure the tower would not need any work for another 100 years. A true Non-Fading Black slate, ASTM S-1 roofing slate was required to service this building that North Country Slate was able to supply.

Over the years, North Country Slate and Vermont slate roofs have been installed in Yakima, Washington (an area south of Seattle known for its wineries and apple orchards) and in Bellevue, an eastside region of King County, which is situated across Lake Washington from Seattle’s downtown core. The name “Bellevue” is derived from the French words for “beautiful view”, and is commonly recognized as, “The City in the Park”.