Built in 1740 as the family home and tobacco plantation of Captain Charles Ewell. Ewell’s home was regularly visited by Thomas Jefferson and George Washington. 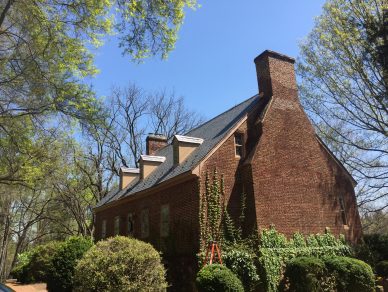 Built on the stone foundation of the old fort, it is also believed that the bricks used were imported from Scotland on the tobacco ships.  The gable roof which originally had tile was replaced with shingles in the early 19th century because it was believed the weight of the roof was causing the house to sink.  It was later discovered the house was sinking because of defective foundation walls. 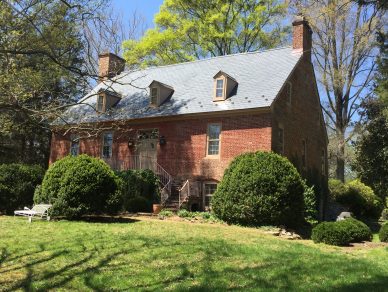 The house was passed thru several different owners over the years and at one point Bel Air was occupied by union troops during the Civil War. The mansion was eventually left empty and vandalized by treasure hunters looking for the $50,000 worth of gold rumoured to have been hidden in the house. 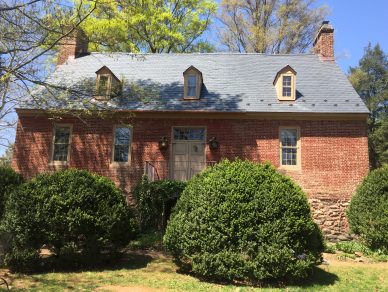 In 1948, Dr. William Flory and his wife purchased the home with the intention of restoring it back to its original historical glory. The original 10 year renovation plan turned into 30 years due to the expense of repair work required.  The Flory children and their spouses continued the restoration work their parents had started. In 2012, Bill Naedele, husband of the late Randi Flory, auctioned off the home.  The auction lasted less than ten minutes and was purchased for $875,000 by Corey A. Stewart and his wife. 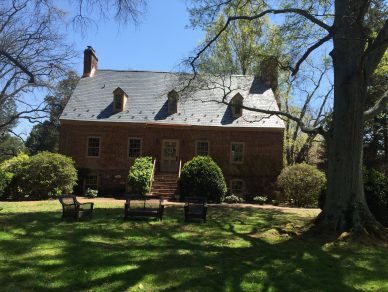 As part of the ongoing restoration work at the mansion, we supplied 34 squares of our North Country Unfading Black (20” x 12” x ¼”). The standard thickness for roofing slate is ¼” and weighs approximately 935 Lbs per square when installed with a 3” headlap.