How roofing slate is produced 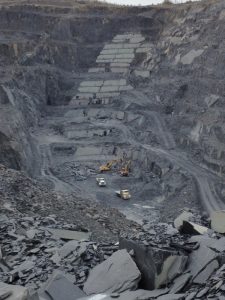 The Glendyne quarry which produces the North Country Unfading Black roofing slate, is located in St. Marc Du Lac Long, Quebec.  Glendyne produces a smooth-textured blue/black slate which is easy to cut and has a consistent color. The first production from this vein of slate occurred in the early 1900’s and was started up again in 1995.  Glendyne’s open cut deposit is located along a dark grey slate bed.

The Glendyne quarry is the largest roofing-slate producing facility in North America and one of the largest in the world. Created 500 million years ago, the North Country Unfading Black slate meets or exceeds ASTM requirements of an S-1 rated roofing slate.

Tracing – One of Glendyne’s unique production process starts with a specially trained expert who marks the stone. During this tracing process, the marker is responsible for carefully examining the slate block and determining what size will be produced.  A line marks the stone for the saw operators. 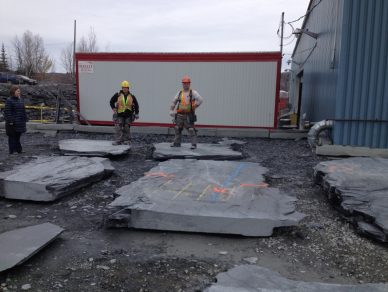 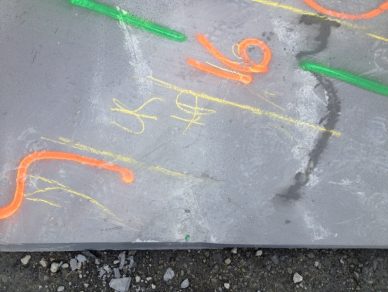 Primary Sawing – Using specially designed, high tech equipment, the blocks of slate are cut into strips based on the marker’s indications. 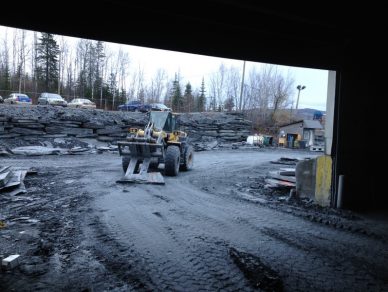 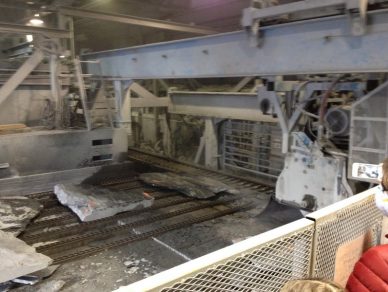 Secondary Sawing – A second saw then cuts the strips into slabs which are then sent to the splitting department. 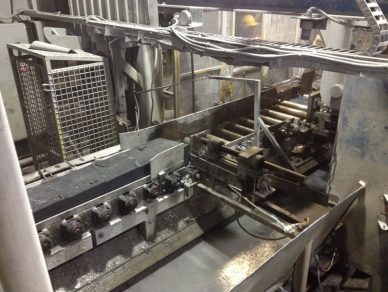 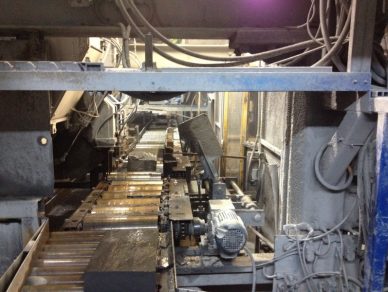 Splitting – A splitter is highly trained and skilled to gauge the various thicknesses the quarry produces. The North Country Unfading Black slate can be split from 4mm up to 12mm depending on the order. The standard thickness is 7mm (1/4”). 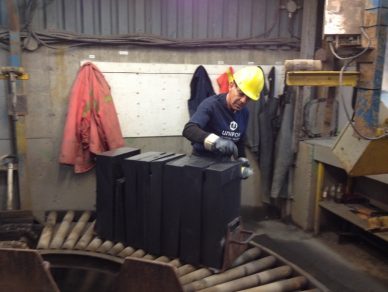 Rounding – Once the slates are split, they go thru a trimming process to make the shape and size required. Then onto the punching department for most North American slates.  The slate is punched from the back of the slate to produce a countersink nail hole. The nail hole position will vary depending on the length of the slate and based on a 3” headlap.

Sorting – With the various markets worldwide that Glendyne sells to, a sorter will check for thickness and quality. Firsts or number one slates are top quality and the thickness is consistent around each piece of slate.  Anything that doesn’t meet this inspection is classified as Rustic or Medium Texture.  Medium Texture slates meet the requirements of an ASTM S-1 rated slate, the slates exhibit a range from their targeted nominal ¼” thickness, surface texture and planarity, providing more definition in the appearance of the roof. Medium texture slates are 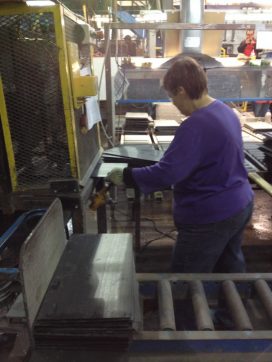 available on a first-come, first serve basis when in stock. 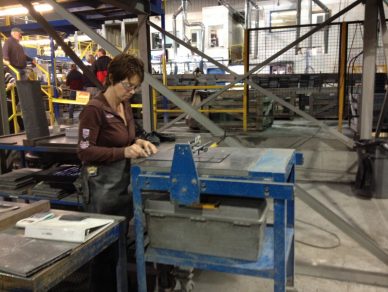 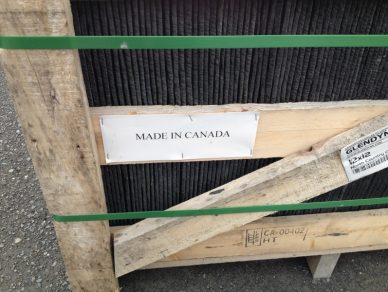 designed to be double stacked if necessary.