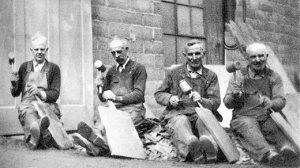 Slate roofs in America date back to the 16th century, but weren’t widely used until the late 1800’s after the first slate quarry opened in 1785. A demand for slate roofing material emerged in the 1850’s as consumers were looking for a good quality roofing material that lasted 100-150 years.  With this demand also came the need to find skilled slate workers for the quarry and the production plants. 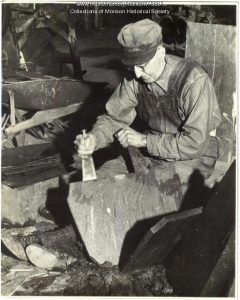 The Welsh had been mining slate since 1399.  Skilled Welsh slate workers saw an opportunity for a better life in America and immigrated in droves to the “slate valley”.  The slate valley extends approximately 24 miles along the New York and Vermont border from Granville, NY north to Fair Haven, VT and the area is 6 miles wide.

These skilled Welsh slate workers passed down their knowledge about quarrying slate, production and installation. 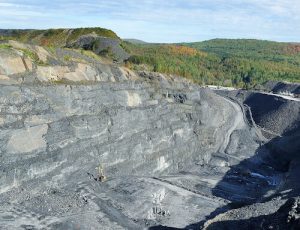 The Glendyne quarry located in St. Marc du Lac Long, Quebec, Canada, slate deposit was discovered during the construction of the Trans Continental Railway in the early 20th Century. Producer of the North Country Unfading Black in North America their slates can be split 3.8mm, 5mm, 7mm and 10mm in consistent thickness. 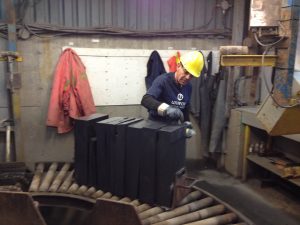 At Glendyne, the plant is fully equipped with analysis and automation systems to make the most out of each block of slate.  They also employee highly trained slate workers to make sure the final product is the best quality. A skilled slate splitter plays an important part in the processing of a slate shingle.  These experts have a trained eye to split blocks into pieces twice the thickness of the desired thickness.  They also can tell if the slate will be suitable as a roofing material. 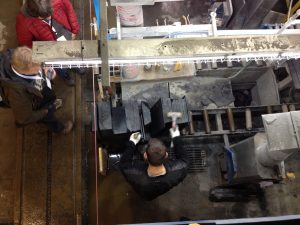 The slate blocks are broken down into more manageable pieces by using a chisel and rubber hammer. This process continues until the desired thickness is reached. 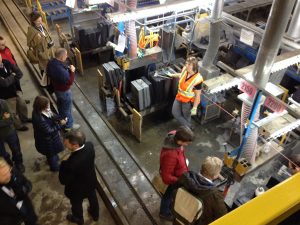 At Glendyne there are several splitting stations as the quarry often works on different sizes and thicknesses for the various markets they service. In North America, the 7mm (1/4″) is industry standard thickness. For the European market the slate can be split as thin as 3.8mm which also offers a lighter weight option for a traditional slate roof installation.