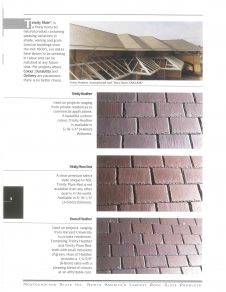 A Cambrian formation, similar to the famous slate deposits of Wales, which date back over 500 million years.  These slates were subjected to the greatest metamorphic compression. As a result, they are the hardest and most durable slates in the world. 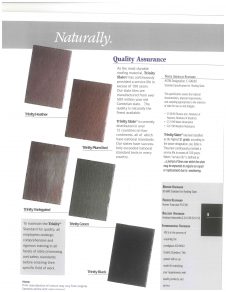 As early as the 1860’s, slates from Newfoundland were shipped to England and extensively in Newfoundland on homes and structures since the late 1800’s.  Trinity slates provides a vivid color, virtually maintenance free and proven to withstand the harsh Newfoundland climate. 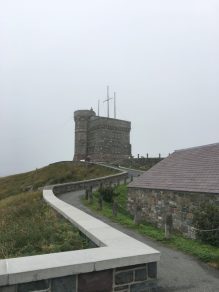 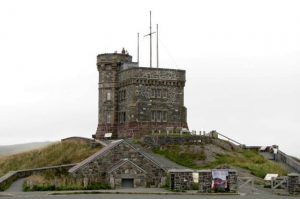 Signal Hill in St. John’s, Newfoundland was the site of the city’s harbour defences from the 17th century to the Second World War.  Under attack by French forces in June 1792 during the Seven Year’s War, commander Comte d’Haussonville successfully captured St. John’s.  On the morning of September 15, 1762, the Battle of Signal Hill took place when 200 English soldiers under the command of William Amherst  climbed the hill attacking the French infantry and catching them off guard. The French forces surrendered three days later.  This battle was the last of the Seven Year’s War and secured Great Britain as the prominent power in North America.

The Cabot Tower, built in 1897 to commemorate the 400th anniversary of John Cabot’s discovery of Newfoundland is a classic example of late Gothic revival style architecture.

Classified as S1 in accordance with ASTM specifications, Trinity Heather (Unfading Purple) roofing slate has demonstrated a life expectancy of over 150 years.