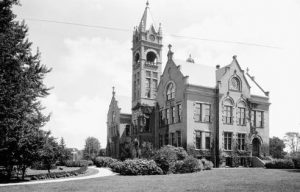 A precursor to teachers’ colleges, Normal Schools provided practical, academic and professional training. The London Normal School trained teachers until 1956.  Operated as a junior high school until 1963, then converted into the headquarters of the London Board of Education. The building was later sold to the Ministry of Government Services, then London District Catholic School Board and now home to the YMCA. 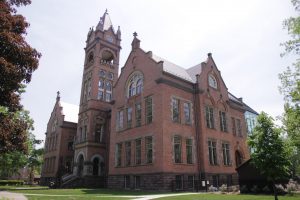 North Country Semi-Weathering Gray/Black (Vermont Black) is a premium quality roofing slate and meets the requirements for S-1 ASTM testing of Water Absorption, Modulus of Rupture and Weather Resistance.  These natural slates contain shades of gray and black in subtle linear patterns.  A percentage of these slate will weather to tones of brown and buff over time. 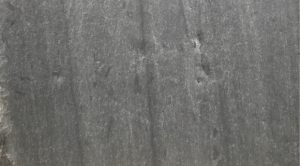 The field slates, 24” x 12” have 115 pieces per square based on a 3” headlap and the exposure is 10.5”. The starter slates, the first layer of slate shingles installed along the eave and covered by the first course of slate are installed horizontally with the longest side parallel to the eave. To find the starter slate size you take the exposure of the field slate which is 10.5” for a 24×12 plus the headlap which is 3” equals 13.5” and round up to 14”.  We supplied 24” x 14” starter slates for the London Normal School.  Starter slates are sold unpunched which allows the roofer to punch the holes on site during installation. 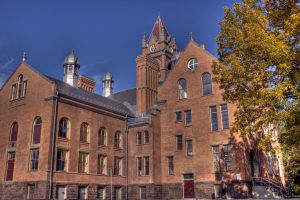 This premium quality roofing slate will provide a service life for the London Normal School for 100 plus years!